Christine Ernst, 52, is photographed with her daughter, Julia, 9, in their home in Sandwich, MA. Christine was diagnosed with stage two breast cancer at the age of 34. Her doctors encouraged her to do reconstruction immediately after her mastectomy but she resisted. "I was a single mother to my older daughter, Marney. Reconstructive surgery was drastic with a long recuperation and some permanent serious side effects. Marney was 6 and I didn't want to waste any more time recovering," she explains. "I didn’t feel disfigured. I thought of it more like a badge of honor. I was so mad, and I wanted other women to know that it could happen to them." Christine went on to write a play two years later that she performed with Marney all over New England called “Reconstruction, or how I learned to pay attention.” Since then she's written and performed many more one-woman shows and has become well-known as the "Fat Ass Cancer Bitch," the brand catalyzed by a neighbor who called her a "fat ass cancer bitch" during a dispute (they have since reconciled). She describes her work as "part stand-up, part rant, part sermon." "I believe in sharing the story and paying it forward. The story will save us all," she adds. 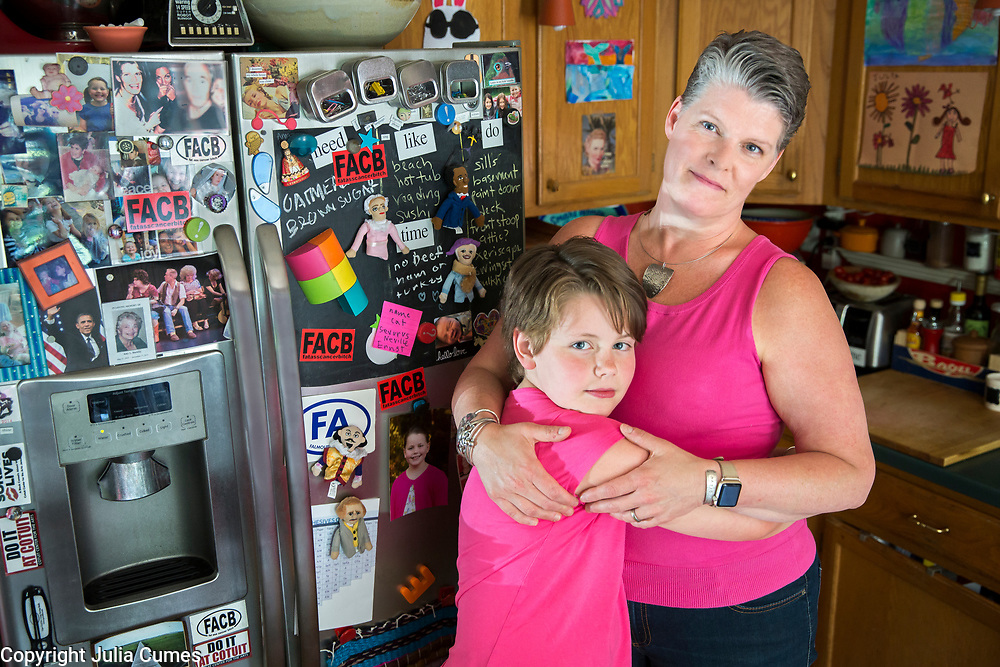