A mother and calf common dolphin are transported to the beach by a team from the International Fund for Animal Welfare (IFAW) and the New England Aquarium before being released back into Cape Cod Bay at Scusset Beach in Sagamore Beach, MA. The dolphins are two of at an estimated 30 dolphins that stranded along Cape Cod Bay's shores from Dennis to Wellfleet. 11 dolphins were successfully released back into the bay. "This might be the largest dolphin stranding geographically speaking that we've had," says Brian Sharp, IFAW's stranding coordinator. 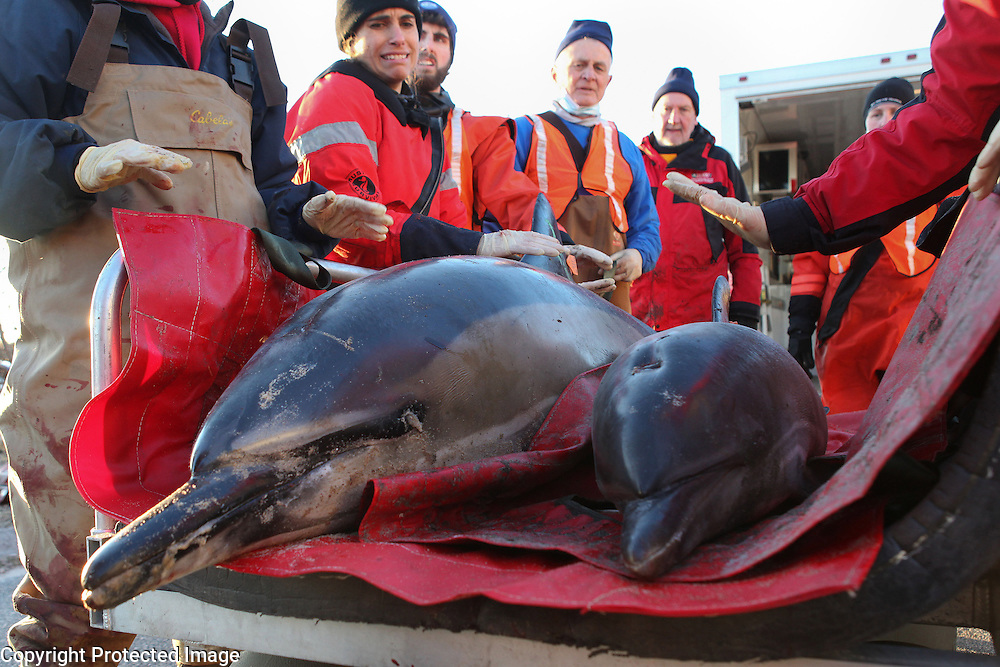