Ikiwa Abdulla puts on her hijab at her home in Fumba, Zanzibar after a long day collecting shellfish on the low tide flats. Abdulla is a participant in a shellfish program that hopes to teach women in Zanzibar how to cultivate shellfish so that they can provide protein for their families and earn some income in local markets. The hijab has become such a controversial garment in recent years and is often seen by Westerners as a tool utilized by men to control and silence women. In it's essence, it is a veil that covers the head and chest, which is particularly worn by some Muslim women beyond the age of puberty in the presence of adult males outside of their immediate family. While the west's perception is often negative, many women like Ikiwa embrace the Hijab as a symbol of dignity and grace. 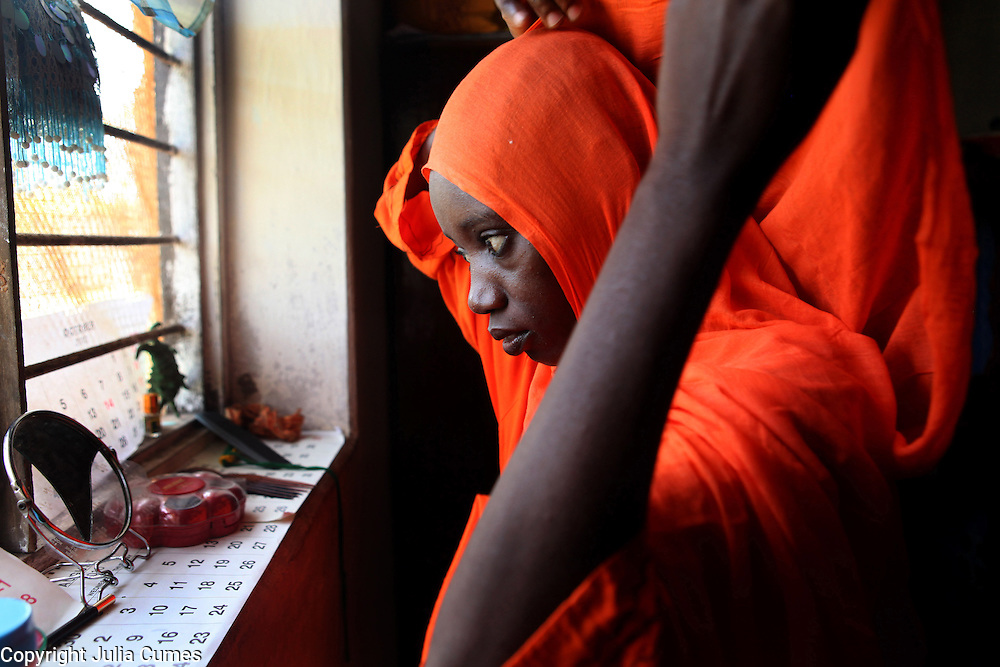