Ismaela Perez, 76, is photographed in her home in Havana. She came to Havana the year of the revolution and became involved in a social organization teaching literacy. During the missile cirsis, she was mobilized with a group of women in a leadership role in the mountains. “We were totally isolated and had no idea what was happening with the crisis. We got a lot of distorted news and didn’t know if the war or the world had ended,” she explains. While she married, she couldn’t have children. I was sad that I couldn’t have children but in every student, I saw a child that I could nurture and I always felt my career was fulfilling,” she says. “Cuban women are brave and show solidarity between each other and women in other countries. I think Cuban women face many difficulties but remain stoic,” she adds. 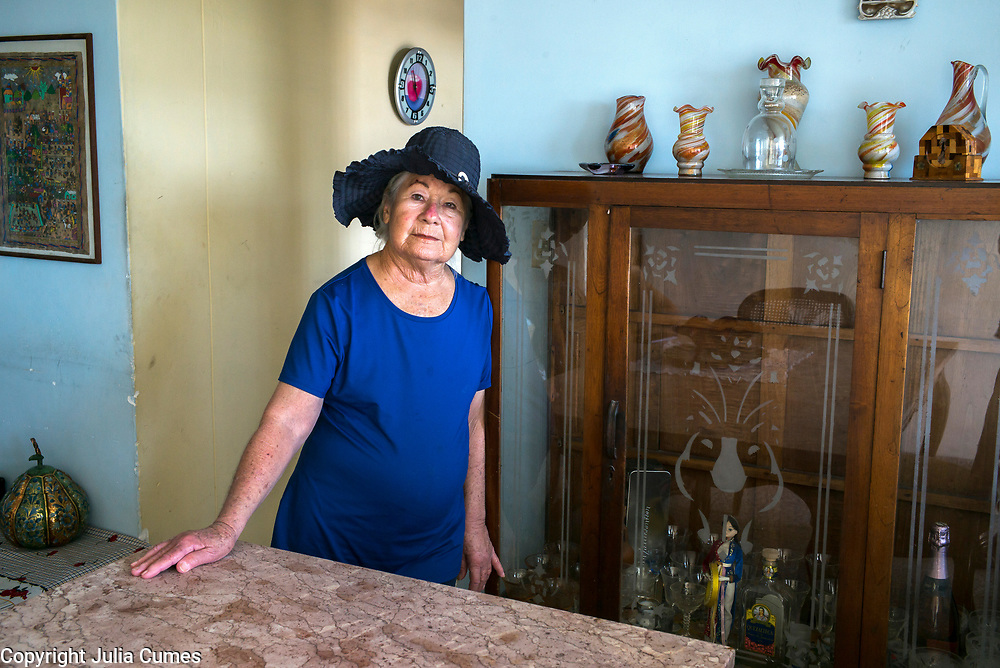