Singer/song-writer, Kim Moberg, 58, is framed by the 102 year-old Steinway grand piano in her home in Centerville, MA. When Kim and her husband were trying to have a second child years ago, she discovered a lump. She was put on tamoxifen and had a lumpectomy and thought everything was fine. "Soon after that my mom was diagnosed with breast cancer and died shortly after at the age of 63; then my younger sister was diagnosed at 41 and died after a long struggle with it," she explains. Kim got genetically tested and discovered the had the BRCA2 genetic mutation. Since it put her at extremely high risk of developing cancer, she knew she had to have a double mastectomy and ovary removal. "My husband, Rob is my rock and he did everything during that time period after the surgeries so I could concentrate on getting better," she says. Kim, who was born in Alaska and whose mother is Native America (Tlingit), grew up surrounded by music. "My mother was a classical pianist and taught me guitar when I was around 13 years-old," she recalls. "I'm drawn to musical stories that tug at feelings of melancholy, heartbreak and healing," says Kim whose two daughters too have embraced music. While her younger daughter, Rebecca, is adopted, she knows her older daughter, Rachel, will too have to be genetically tested and potentially make decisions about risk factor health choices when she gets older. 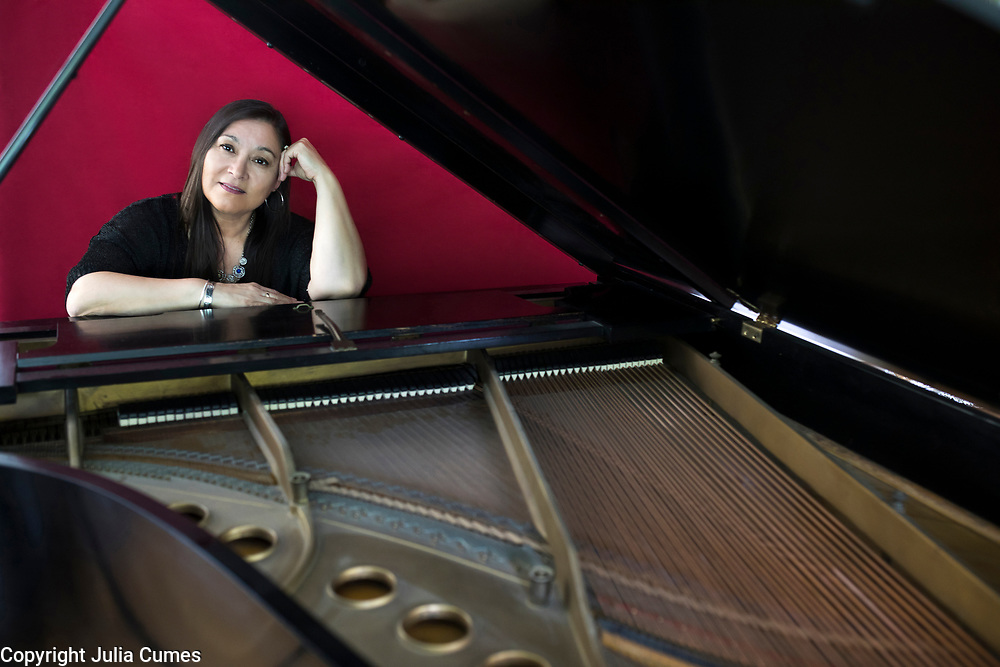