Gabriela Fernandez, 17, who was moving to the United States a few days after this photograph was taken, is photographed in her bedroom with the suitcase and few possessions she is taking with her to the US.  She was raised primarily by her mother, with whom she is very close, who gave birth to her at age 17. Her mother recently married a man from the United States which is why they are moving to the US.  "We're not the revolutionary generation and we haven't seen the good part of the revolution," she says. "Everything in this country is controlled by the government and the media especially is so restricted which my generation of course does not agree with," she explains.  "Cuba has good things too though. We have a lot of free time and young people have fun because there's not so much pressure on us. But if you want to do something big with your life, it's hard," she adds. Of Cuban women, she says, "to be a Cuban woman is to be self-critical, intelligent and passionate. Every woman in this country has had to sacrifice their whole lives." 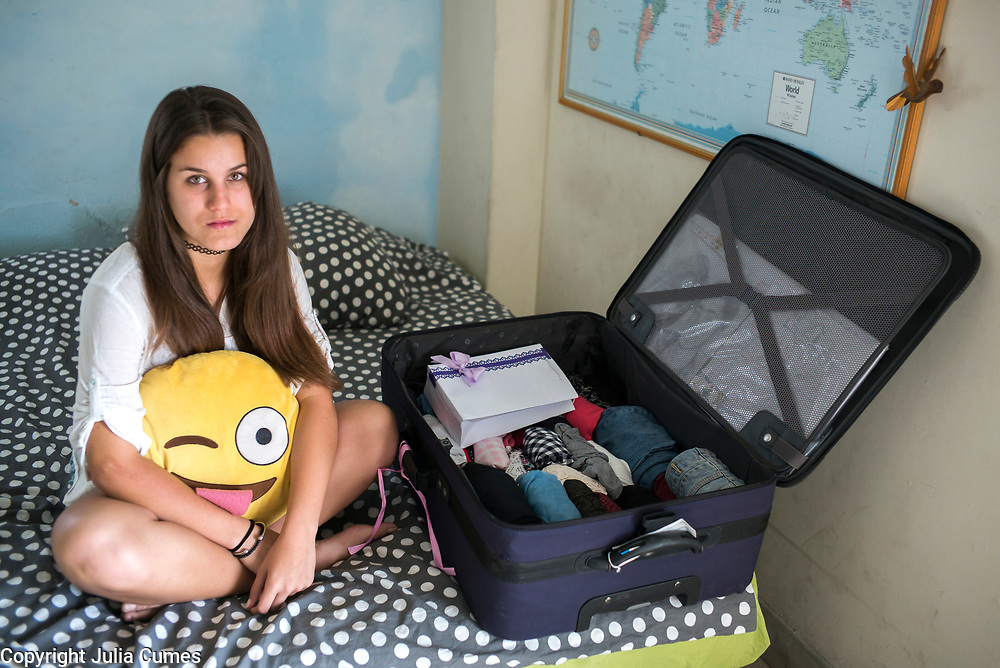